Lady Gaga, Glenn Close, and You — What You Might All Have in Common

By Dr. Jackie KilraineFebruary 5, 2019 No Comments

I’m Dr Jackie your brain body balance expert and today we’re talking about Lady Gaga and Glenn Close and what you might have in common with them. So I was going through the grocery store a few months ago and I picked up this magazine. It’s from October. And the reason I picked it up, I mean I love Lady Gaga and, I love her tenacity. I love her music and the things she’s, she’s done, but I picked it up because it talks about her and chronic pain and I thought wow. So you know, Lady Gaga is not unlike a lot of the people that I treat and she has chronic pain just like they do. And she also, when I read the articles, she has fibromyalgia and I’ve been treating patients with fibromyalgia for over 25 years and we know how difficult it is. And when I first started I’m treating fibromyalgia.

There wasn’t a lot known about it. I used to put it on my sign, just say. And I had a fibromyalgia support group that I had for the public because people didn’t know or they really felt like they were told lots of times they were crazy or it was all in their head or they couldn’t find anything wrong, but you know, we’ve come a long way in understanding fibromyalgia, but we still really have a long way to go. And in this, People Magazine, she talks about her Netflix video as well. She has a Netflix video called five foot two and it chronicles her a little bit of her chronic pain, path that she had been on and it shows her getting treatment for fibromyalgia. She had a massage therapist there. but then that also showed her having a panic attack and I’m recovering from this panic attack.

And I wondered if she knew that the panic attack and the fibromyalgia were connected because I know that very well now since we’ve done Neurofeedback, we know that the brain is really where chronic pain is seated. so acute pain is, you know, you twist your ankle swells. Yeah, that’s acute pain. When you’ve had pain for a long time, it becomes chronic and your brain is involved with that too. So, you have to treat both of them together. And I think very often it gets disconnected and we don’t understand that, you know, the, the, the widespread body pain that you have, you, you don’t think that your brain has to do with it. But when we start treating the brain for the chronic pain, the first thing that we usually see that comes down is the anxiety. So, it sounded like her process or her path of her chronic pain started after she had broken a leg and she also had some trauma early on.

And typically what I see in my patients with chronic pain is they either had a trauma, either a physical trauma or an emotional trauma, or they’ve been, suffered some type of abuse. And that just put your brain on that hyper state of alert and, or the pain itself, put your brain on a hyper state of alert. And what goes along with that is anxiety, and insomnia and you’re always on the lookout for a threat because the brain just doesn’t understand why it has such pain. So it’s always trying to protect itself from everything and you can really kind of get yourself, and I’ve talked about before, my little anxious box that I put myself in and you can just be in that space because your body’s trying to protect itself and your brain’s trying to protect itself. And it’s really important to understand that it all works together.

So doing things that help calm your brain and help to change the way your brain is perceiving the environment that it’s in is vital to you to heal from your chronic pain. And so then I was watching the, the Golden Globes and I saw Glen Close won the award and I watched her acceptance speech and I hadn’t seen the wife. I don’t know if anybody else had seen it. but it was very much, similar to something that I had gone through. You, you can, even with chronic health issues and chronic pain, you can kind of wall yourself off. Or if you had just being a woman and being a, we’re all caretakers with one more woman and what seems to happen is a lot of people will give away pieces of themselves because they’re always taking care of someone else. You may be a wife or a mother or an employee or an employer and and you and you’re always giving out parts of yourself to appease others to or you may change the way that you, that you really are or you or you or you.

The way you interact with the world is different because you’re trying to make everyone else comfortable or make everyone else fit in. And I noticed that I had done that too when I’m. When I had gone through my own trauma and I had to figure out who I was again. So we have this whole rediscovering you program that is just based on that. But when I was going through it, I thought I was the only one that really was that. That was happening too. I didn’t know that until I saw her giving her when I’ve seen it in, in my practice to now, but when I saw her giving her acceptance speech and she talked about her 80 year old mother, who, who at the end of her life didn’t really know who she was or what she wanted. I felt like that too, after my husband had passed away, I had to start making decisions all on my own and I realized that I didn’t even really know what, what I thought and I think that I, I kind of just said, okay.

I just dealt with it myself and felt like, I remember standing in my den and just having to make one decision or, or, or, or understand how I really thought about something. And it was almost like I took all my beliefs in a box and I just dumped them out and I went through them all again. Just see which ones really belong to me and trying to rediscover what really made me happy in what I really thought was a real process. That took a long time. And that was one reason why I wrote the, expressing Optima, the journal because journaling really helped me and I think it can help, a lot of my patients too. So a lot of my patients that struggle with chronic pain and chronic health issues, we try to help have them imagine their perfect day. You have to get your brain to think, to see a different reality too.

And that sounds so easy. And when I got the book and you know, I started doing it for myself, I thought, wow, that’s not so. It’s not as easy as it looks. So I have a different perspective when I start to do it for myself too. So, but it does help when we, when we start to imagine a different way for life to be a different way for, for feeling better, your brain and your body together. We’ll go out and try to find that. The main thing I wanted to take away from, from looking at these two celebrities to I guess sometimes we think that they’re not really human beings anymore, but of course they are. And they do go through a lot of the same struggles that we do and I’m just putting it all together. When you have something that’s chronic, like chronic pain or fibromyalgia or an autoimmune problem, is to understand that we need to treat the whole, the whole system because the brain and the body really do work together and that you’re really not alone. That if you need help, be sure to reach out to someone to help you, whether it’s someone like me or another healthcare provider to help you deal with the whole brain body aspect and putting it all together because you can get well and you really can heal. And it’s not something that is not curable or you can’t get better from and improve from. I hope that’s helpful. If that gives you a little insight. 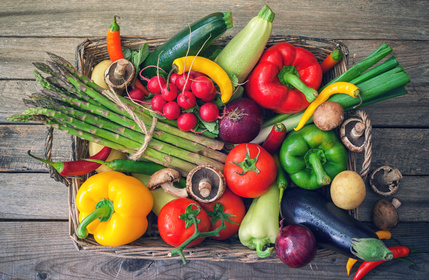 Do You Need More Vitamin C?

Do You Need More Vitamin C?

Our program gives you direct access to the coaching, training and support resources that will allow you to change the signals that will make the biggest impact to optimize your potential to be the healthiest, happiest, best YOU!